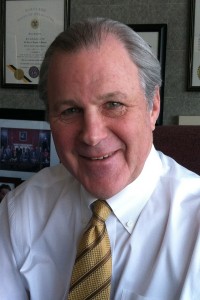 Dr. Lenet has made many contributions to Podiatric education. As past Chief of podiatry at University Hospital University of Maryland, Lutheran Hospital, and Liberty Medical Center, he has trained many students and residents. He has lectured, and enjoyed being a guest speaker at many national meetings as well as being published in various scientific publications. Dr. Lenet also has been interviewed by various media sources including his appearance on the NBC Today Show with Katie Couric.

Having received many awards and recognitions, he has been named one of the top 150 podiatrists in the United States by the premier national publication, Podiatry Management.

Dr. Lenet is routinely called on for his expertise by colleagues and other medical professionals.

Most importantly, his greatest care is for the well being of his patients. Dr. Lenet continues to welcome new patients at both office locations in Owings Mills and Baltimore, Maryland.